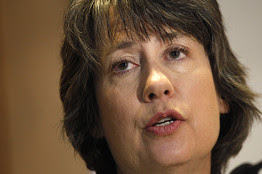 Americans are about to re-learn that bank deposit insurance isn't free, even as Washington is doing its best to delay the coming bailout. The banking system and the federal fisc would both be better off in the long run if the political class owned up to the reality.

We're referring to the federal deposit insurance fund, which has been shrinking faster than reservoirs in the California drought. The Federal Deposit Insurance Corp. reported late last week that the fund that insures some $4.5 trillion in U.S. bank deposits fell to $10.4 billion at the end of June, as the list of failing banks continues to grow. The fund was $45.2 billion a year ago, when regulators told us all was well and there was no need to take precautions to shore up the fund.

The FDIC has since had to buttress the fund with a $5.6 billion special levy on top of the regular fees that banks already pay for the federal guarantee. This has further drained bank capital, even as regulators say the banking system desperately needs more capital. Everyone now assumes the FDIC will hit banks with yet another special insurance fee in anticipation of even more bank losses. The feds would rather execute this bizarre dodge of weakening the same banks they claim must get stronger rather than admit that they'll have to tap the taxpayers who are the ultimate deposit insurers.

It isn't as if regulators don't understand the problem. Earlier this year they quietly asked Congress to provide up to $500 billion in Treasury loans to repay depositors. The FDIC can draw up to $100 billion merely by asking, while the rest requires Treasury approval. The request was made on the political QT because, amid the uproar over TARP and bonuses, no one in Congress or the Obama Administration wanted to admit they'd need another bailout.

But this subterfuge can't last. Eighty-four banks have already failed this year, and many more are headed in that direction. The FDIC said it had 416 banks on its problem list at the end of June, up from 305 only three months earlier. The total assets of banks on the problem list was nearly $300 billion, and more of these assets are turning bad faster than banks can put aside reserves to account for them. The commercial real-estate debacle is still playing out at thousands of banks, even as the overall economy bottoms out and begins to recover.

Meantime, even as it "resolves" and then sells failed banks, the FDIC is also guaranteeing the buyers against losses on tens of billions of acquired assets. This is known in the trade as "loss sharing," which is another form of taxpayer guarantee that taxpayers aren't supposed to know about. Most of the losses won't be realized if the economy recovers. But this too is a price of taxpayers guaranteeing deposits. Even as Treasury and the press corps broadcast that the feds are making money on TARP repayments, these guarantees go largely unnoticed.

FDIC Chairman Sheila Bair continues to say that deposits will be covered up to the $250,000 per account insurance limit, and of course she's right. But we wish she'd force Congress—and the American public—to face up to the reality of what deposit insurance costs. Amid the panic last year, Congress raised the deposit limit from $100,000. While this may have calmed a few nerves—though the worst runs were on money-market funds, not on banks—it also put taxpayers further on the hook.

Rather than further soak capital from already weak banks, the FDIC ought to draw down at least $25 billion from its Treasury line of credit. Ms. Bair is going to have to ask for the cash sooner or latter, and she might as well do it before the fund hits zero and we get another round of even mild depositor anxiety. We suppose Congress could raise a faux fuss, but these are the same folks who ordered the FDIC to broaden the insurance limit. They need to face the political consequences of their promises.
Posted by Unknown at 9:11 PM