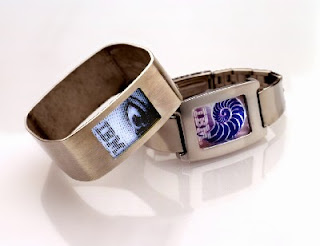 Former Kansas State Trooper Greg Evensen reports that there are plans for road-blocks to force vaccines with military personnel putting bracelets on people. Those who refuse to take the steel band with a microchip will be put on a prison bus and taken to a quarantine camp.

Evensen also says he believes that many law enforcement officers will reject using this “Gestapo” approach on their fellow citizens, and will question the legitimacy of the orders of what looks like a bunch of criminals in federal government who appear to be seeking to retain their grip on power by setting up an apparatus of state terror, all too reminiscent of that if Nazi Germany where the inmates of concentration camps like Buchenwald were killed by injections in the heart.

Law enforcement officers anxious to restore law and order and arrest really dangerous criminals should look no further than at the people sitting in the top echelons of government, he hints.

“Have you been made aware of the massive roadblock plans to stop all travelers for a vaccine bracelet (stainless steel band with a micro-chip on board) that will force you to take the shot? Refuse it? You will be placed on a prison bus and taken to a quarantine camp. What will you do when your children are NOT allowed into school without the shot? What will you do when you are not allowed into the workplace without the vaccine paperwork? Buy groceries? Go to the bank? Shop anywhere?? Get on a plane, bus or train? Use the toilet in the mall? Nope. Police officers will become loathed, feared, despised and remembered for their “official” duties,” writes Evensen.

“Note: There are significant numbers of officers at all levels that simply detest the forced training at FEMA centers, the requirements to stop Patriots and others simply because they “look” dangerous, and are exercising free speech statements on their vehicles. By whose ultimate authority does this take place? By whose ultimate judgment is it that it is necessary to harass INNOCENT drivers and families? The public sees this Gestapo mentality as far more of a danger than any stickers they put on their vehicles? Where are all these “faithful” enforcers of the law when it comes to confronting the unlawful, unconstitutional, unjustifiable, and unmerciful rotten bunch of usurpers, communists, atheists, deviated, immoral scungebuckets that are walking the halls of Congress, the White House, and the Federal Courts? How is it that the “get ‘em at any cost” morons at Homeland Security have created an environment in amerika that is an unwarranted intrusion of power in 186 other nations?

So, once again, I implore those officers of the law who are in grave doubt about the legitimate authenticity of their superiors in any agency, to simply read the constitution, re-read their oath of office, seek out retired officers for guidance, and remember this very carefully—to brutalize citizens in the pursuit of order, is a guaranteed recipe for resistance. PLEASE do not pit yourselves (all 650,000 officers at all levels in the US) against a seething and angry populace who outnumber you 5000 to 1. Believe me; you want all of us working with you, not against you.”
Posted by Unknown at 11:44 AM